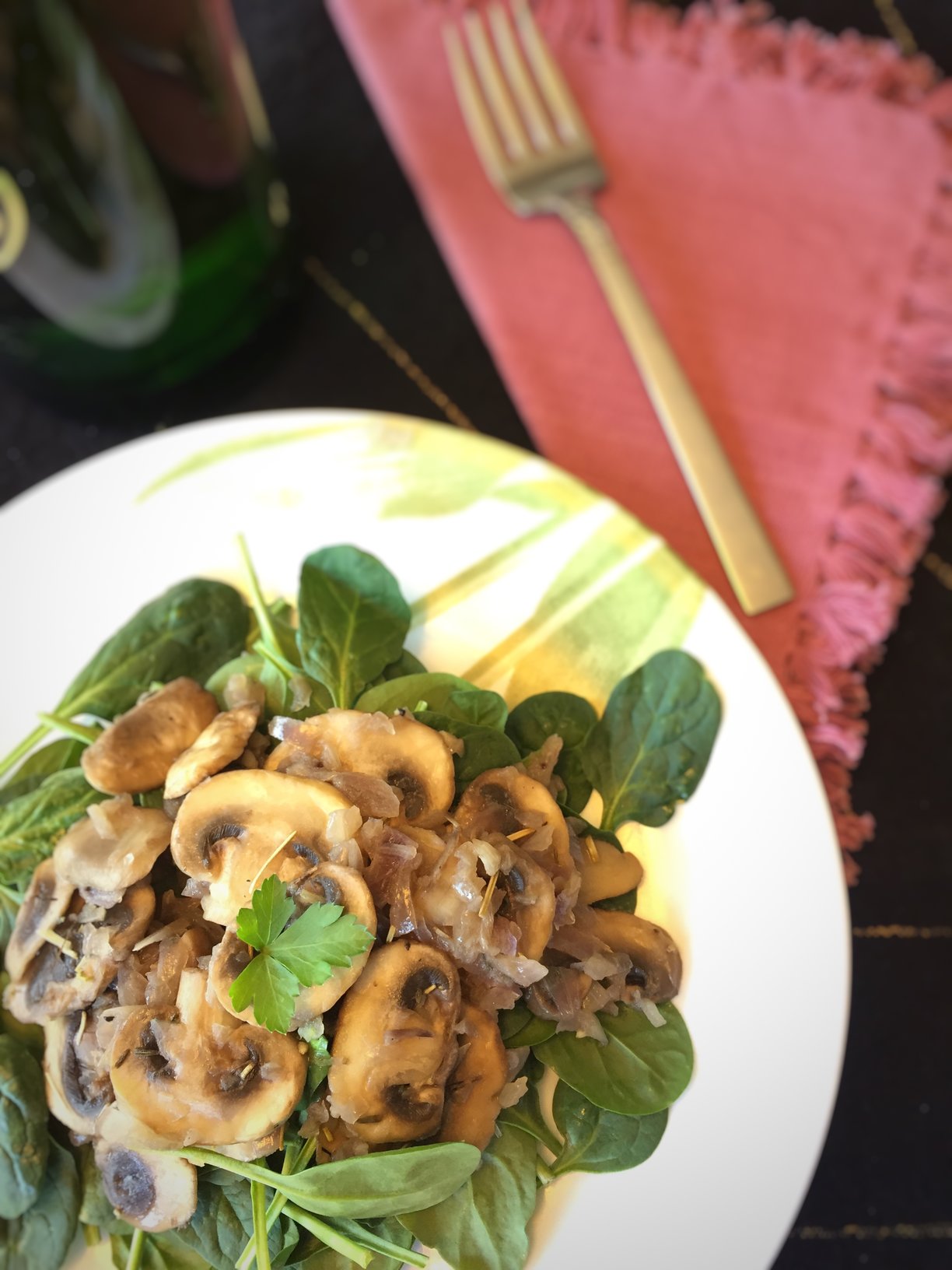 When I first came across a recipe that called for Sherry to be added to mushrooms, I was very hesitant.  Being a proponent of optimal health and having an underage daughter, I was not really in favor of using a liquor I had never even tasted before.  Alcohol in modest amounts is certainly okay but if you’re dealing with health issues of any kind, it’s a good idea to choose other beverages.  I was just about to omit it from the dish when I thought “okay I’ll be the guinea pig, make a huge sacrifice and try it out.”  I’m so glad I did because it took the taste of mushrooms and blasted it out of the park for me.

This blog and website are dedicated to getting you healthy by trying out recipes that add to your health not detract from it so the issue of alcohol is a big one for me and one we’ll try to get to the bottom of in this post.  Many cooks and chemists agree that alcohol burns off after it is cooked.   James Peterson, a cook who also studied chemistry in university states in his book, Sauces:  Classical and Contemporary Sauce-making, “you need to cook a sauce for at least 20 to 30 seconds after adding wine to it to allow the alcohol to evaporate.  Since alcohol evaporates at 172°F (78°C), any sauce or stew that is simmering or boiling is certainly hot enough to evaporate the alcohol.”1

As with most things in life, there is conflicting opinion.  And sometimes the “opinion” happens to be more firmly based in science as the following study reveals.  In 1992 the US Department of Agriculture’s Nutrient Data Laboratory did a study with unexpected results.  Their article called Alcohol Retention in Food Preparation revealed that after 15 minutes of cooking, 40% of the alcohol remains, after 30 minutes 35% and at two and a half hours 5% still remains.2  That’s certainly a small amount but if you are avoiding it for religious reasons, staying away from it because you’re a recovering alcoholic, or don’t want your young child to be exposed to any amount of it, then use a substitute like rice wine vinegar.  Orange or apple juice can be used instead of Sherry according to the site What’s Cooking America.3 I have not tried these two options and probably would not since I adore my Sherry-infused mushrooms.

My advice:  avoid if you need to but if you’re okay with the minuscule amount that may be left behind, try the Sherry and let your taste buds rejoice in the flavor it imparts to mushrooms. And think of all the other healthy items you’re ingesting like spinach with its niacin, zinc and magnesium; garlic with its selenium and antioxidants; and coconut oil with its heart and brain-healthy medium chain fatty acids!  There.  Did I justify Sherry’s use for today?

A salad goes from boring to delicious when you add mushrooms. When you saute those mushrooms with onions, garlic, seasoning and Sherry, you've taken it to a whole new level.